{Chorus}
You see how I'm steppin
I don't gotta say much, I'm getting money too quick (Damn)
The chop gon' melt him
Walk with a drac on me, like I came from the 6 (Yeah)
I'm going up and they mad
These niggas hate while they sit on their ass
Bitch tryna date, I'm married to the cash
Pushing 200, the whip finna crash

{Verse}
"I got a white plug"
No you don't
You niggas be chatting and doin the most
Got horns on my head how they say I'm a goat
I'm spitting for real, but yall don't even know
The best in my city yall know that
Water on me like a boat, no Kodak
Said you got money, then you better show that
I done came up, and I'm never gon' go back
Huh, I had a plan though
I don't fight but ill knock out your mans though
Try to play mе, but this ain't piano
Finna blow in this bitch like a Mento, huh
Pick up the flow and thе tempo
I'm on my king shit, like Sacramento, huh
Bitch I'm all up on yo head though
He talking crazy, we fill him with lead though, huh, wait
Pull out the blade, cut him up like Aizen
Always ahead, do it just like Aizen
Stop tryna diss, bitch, I will not fight you
He jacking static, we calling him Raichu
Looked at my IG, all of a sudden she hitting my phone up
She tryna fuck, had to tell her to hold up (hold up)
She know that I'm finna blow up
Ah, did it again
Fuck out my face, I ain't lookin for friends
You do not know me, stop calling me twin
Making a scene when I hop out the Benz
You niggas sheep, I ain't following trends
Condo shit, yeah that's what we in
Going insane in this bitch like I'm Lin
Won't ever stop cause I don't see an end, yeah
Scoring these buckets on bitches like Maya because they all fuck with my energy, uh
You niggas are all at the bottom, so why would I care 'bout what the fuck you telling me?
Tell me who think that they ending me
Yall ain't on shit, and u can't ever step to me
I'm in the lead, you in last like the letter Z
Up in the stu cooking up like a recipe, ha, wait
Yeah, you is a fuck nigga
All on my dick bruh, you probably fuck niggas
Not on my level, understand I'm done with you
She getting clingy, ain't no time for loving you
Chop write like haiku
I'm in the sky in a high-rise too
Stand on the racks, now I'm 9'2
Stop tryna copy what I do (Yeah, gang)
Walk this beat like a dog, no leash
I come through, and it's eyes on me
We finna feud with his family
Better stop 'fore I become Steve Harvey
Be yourself, nigga, you not me
Fake ass drank, nigga, that's not lean
I'm posted up with the crew doe
And we finna catch him alone, nigga no Motley
{Chorus}
You see how I'm steppin
I don't gotta say much, I'm getting money too quick (Damn)
The chop gon' melt him
Walk with a drac on me, like I came from the 6 (Yeah)
I'm going up and they mad
These niggas hate while they sit on their ass
Bitch tryna date, I'm married to the cash
Pushing 200, the whip finna crash
Share
facebook   twitter   whatsapp

Other Ike the Tike Lyrics 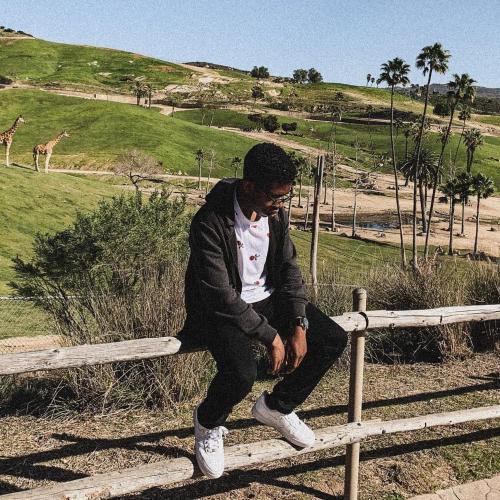